3D Technology- A Boon to Education !

3D technology a boon to Education !

The world is advancing so much fast that every day or the other new technologies are coming in ! Earlier we had  2D Technologies only .2 D (Two dimensional). Well, 2D refers to objects that are constructed on two planes X and Y, height and width, row and column, etc. 2D structures are also used to reproduce 3D images on screen. 2D is ’FLAT’, using the horizontal and vertical axis, the image has only two dimensions and if turned to the side, it becomes a line. 3D adds the ‘Z’ dimension. This third dimension allows for rotation and depth.We have three dimensions in 3D i.e x,y,z. All though I do not know when we will enter and find and accept fourth dimension but as of now 3D is coming in control of human being.

3D technology a boon or curse

These are the respective x,y,z axis or the x-plane, y-plane and z-plane.

There are many 3D games as wel like D Motorboat, Mario ATV 3D, Chu Rescue, 3D Kartz, Hummer Jump And Speed and many more.

Most of the websites se 2D Technologies, as videos and all for their sites are not required. But with the advancements in technologies and science, people have come up with many new and exciting technologies.

3D learning is a new approach to understand distance learning, as well as a possibility to introduce blended learning in order to enable all members of educational communities,particularly for digital natives, the possibility to explore virtual worlds. It helps us to remember more and in a easy way. It is very exciting to study using 3D. The grasping power of the students as well as their interest increases with it .Everything becomes quicker to learn and children absorb new concepts, and display higher levels of concentration .If we talk even about the education in colleges and the presentations there, then those who watched the 3D presentations were more engaged and reported a general increase in their interest in science compared with students who watched the 2D version. Even if we talk about diagrams in biology or any other subject, then it gives a very clear picture of even the tiniest part. 3D projection is enabled by DLP (digital light processing) technology within modern 3D ready projectors. It uses millions of microscopic digital mirrors that reflect light in order to create a picture. The technology is so fast that it appears to produce two images on the screen at the same time: one for the left eye and one for the right eye. These images are then combined by active shutter stereoscopic glasses to create one complete 3D image. Hence we are able to grasp and learn more.

USE OF 3D TECHNOLOGIES IN EDUCATION:-

It will make it much more easy to understand the concept of the particular topic using 3D. Also 3D diagrams are much more easy to relate with and also are very interesting.In 2010 their was a conference held in which a paper was resented about the use of 3D Technologies in Education.

Australia and New Zealand are scoping study on the use of 3D immersive virtual worlds for higher education which will definitely be great for the growth of people as they will be more clear about various topics and also for the growth of country.In the above picture you can very clearly see hoe 3D Technology is used to make children/people understand better.

3D Technologies are used in education for printing purposes as well !

3D printing is a process of making a 3-Dimensional solid object of virtually any shape, from a digital model. 3D printing is achieved using an “additive process”, where successive layers of material are laid down in different shapes.3D printing is considered distinct from traditional machining techniques, which mostly rely on the removal of material by methods such as cutting or drilling. 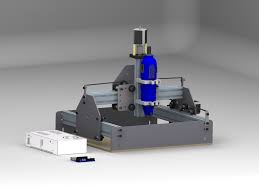 3D films have existed since 1915, but have been largely relegated because of the costly hardware and processes required to produce and display a 3D film. They later experienced a worldwide resurgence in the 1980s and 1990s driven by IMAX high-end theaters and DISNEY themed-venues. 3D films became more and more successful throughout the 2000s. Their was an unprecedented success of 3D presentations of “AVATAR” in December 2009 and January 2010. 3D became common in the recent few years .Many of the 3D Films are coming in these days and taking over the box office so well. Films like ABCD, DON 2, HAUNTED are the recent  bollywood films and there are many more Hollywood films as well, which are such great entertainers like Harry potter etc.

These films are seen by putting 3D glasses on the eyes ,as the rays are very harmful to be seen with naked eyes. 3D films are liked by the kids as well as the elders. They enjoy it soo much.

Not only 3D films but also we have 3D but now we have 3D Televisions as well. There are several techniques to produce and display 3D moving pictures. The future of 3D television is also emerging as time progresses. New technology like Window Walls (wall-size displays) and Visible light communication are being implemented into 3D television as the demand for 3D TV increases. Scott Birnbaum, vice president of Samsung’s LCD business, says that the demand for 3D TV will skyrocket in the next couple of years, fueled by televised sports. One might be able to obtain information directly onto their television due to new technologies like the Visible Light .

LATEST 3D TECHNOLOGIES IN CAMERAS:- The recent “NIKON COOLPIX” digital cameras have a 3D Scene Mode, which takes one picture for each eye, simulating a 3D image on a 3D-compatible TV or monitor. 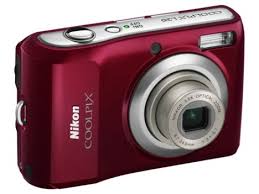 These cameras are able to create a 3D image by the user taking one image, then moving the camera horizontally, and taking a second image. The cameras were designed to assist the shooter in capturing the two images. After the first image is taken, a translucent overlay is shown on the display monitor that guides the user to line up the subject being photographed correctly.

Also, the camera’s focus and exposure are locked after the first frame is taken so that both frames will be recorded with the same exposure and focus point. Once the subject is aligned with the guide, the camera automatically snaps the second photo.Because the camera’s display is not 3D, only the first image of the series will display in playback.This camera has an excellent image quality. It is been loved by the customers.

Hence we have many new technologies and advances coming in everyday. 3D is one which is coming in TV, cameras, games etc. It is excellent for our development as well, that we have such great things coming in. The 3D has become a boon towards not only education but every field. The only problem with 3D is that one has to put on glasses every time he/she sees 3D .And it is quite difficult to watch 3D for more then 2/3 hours. But with advances I am sure that we will be able to get over these problems also.

But nothing is perfect, every one day or the other we find out pros and cons to everything. Hence we have certain advantages and disadvantages to 3D Technologies as well. The disadvantages are more likely to get over in years with discoveries by scientists:-

Forget any other technology now science has come with 3D printer which will print tasty food for you and it will be used for people in space mainly but not only them rather others as well who may be at inconvenient locations. recently an up roar started when a 3D short gun was printed in US

Disadvantages: More expensive, you need glasses, may make you dizzy, not much 3D content, darker image (due to glasses) etc.

About the Author: poorva gupta

One Response to 3D Technology- A Boon to Education !