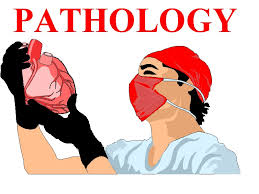 >Oligospermia: It Is defined as presence of only a few motile spermatozoa.

>Azoospermia:It Is defined as complete absence of spermatozoa.

2.What are the indications for bone marrow trephine biopsy?

>Macropolycyte or polycyte is a large polymorphonuclear leukocyte with 6 to 14 lobes in the nucleus.

-Vitamine B12 or folic acid deficiency

8.Mention the complication of venipuncture.

10.Name those parasites that causes anemia.

11.Grading and staging of Cancer.

Grading and staging are two systems to determine the prognosis and choice of treatment of malignant cancer.

Grading is defined as the macroscopic and microscopic degree differentiation of the tumour.

A cancer can be graded grossly and microscopically.

Grading is largely  based on 2 important histological features,the degree of anaplasia and the rate of growth.

However,grading of tumour is subjective and degree of differentiation varies from tumour to tumour.

Staging means extent of spread of tumour within the patient.

it can be assessed by clinical examination,investigation and histopathologic examination.

The important systems of staging are TNM staging and AJC staging.

The both systems take into account three criteria for staging any neoplasm.

It was developed by Union International Centre Cancer,Geneva(UICC)

It indicates the three components of stsging

It was developed by AMERICAN JOINT COMMITTEE and it also taken into account the 3 components.

it divides all cancers into 0 to iv.

Gumma is a lesion seen in tertiary syphilis.

It is also called as syphilitic gumma.

It is solitary localized rubbery lesion with central necrosis.

It is usually seen in organs like liver, testis, bone and brain.

In liver the gumma is associated with scarring of hepatic parenchyma.

HIstologically, a gumma shows a central coagulative necrosis resembling caseation but is less destructive so that in the outlines, the necrosed cells can still be seen faintly.

It is surrounded by a zone of palisaded macrophages with lymphocytes, plasma cells, gaint cells and fibroplasts.

13.What are Extracardiac lesions of subacute bacterial endocarditis?

Bacterial endocarditis is a serious infection of the of the valvular and mural endocardium caused by  different forms of bacteria and is characterized by typical infected and friable vegetations.

These are very common and very serious and are produced by the embolism caused by the dislodgement of the friable vegetations.

-Emboli origination from the left side of the heart enter enter systemic circulation affects organs like spleen, kidney and brain causing infarcts, abscesses and mycotic aneurysms.

-Emboli originating from the right side of the heart enter pulmonary circulation producing pulmonary abscesses.

-Emboli obstruction or toxic damage to the capillaries produce petechiae in the skin and conjunctiva.

-These are painful, tender nodules on the finger tips of hand and feet produced due to toxic or allergic inflammation of the vessel wall.

-It is produced due to circulating immune complexes.

-Occasionally the glomerulonephrits may be diffuse.

Erythrocyte sedimentation rate or ESR is the rate of sedimentation of the RBCs in an anticoagulant added specimen of blood allowed to stand undisturbed in a test tube.

The sedimentation continues in three stages.

-A short stage of aggregation with a little fall.

-Finally, slowing until packing is complete leaving an upper layer of clear plasma.

-The difference in dencities between RBCs and plasma.

-The degree of adherence of RBCs to one other or rouleaux formation which is related to the plasma protein content.

The resistance exerted by plasma on the RBCs surface.

Red blood cells carry a negative charge and hence any condition which increases the positive charge in plasma accelerates the ESR.

ESR is usually determined by method of Westergreen’s or Wintrobe’s.

The normal ESR is

ESR has more of prognostic importance rather than diagnostic, i.e. A raised ESR is not important but a raise in ESR of a subject than his/her previous ESR reading is important.Progressive ESR recording is helpful in assessment of chronic disorders like tuberculosis,rheumatic fever,rheumatoid arthritis.

It can also act as aid in differential diagnosis of certain conditions.

Sputum is the material coughed out from the lungs,bronchi,trachea and larynx and consists of mucous secreated by the respiratory mucosa,tissue disintegration products due to diseases,exudate from lesions and materials  from nearby structures that might have established communication with respiratory tract.

The patient is instructed wash the mouth with water to avoid contamination by food residue,etc.

He is further explained that the material required is the expectoration brought out after a fit of coughing and not saliva.

The sputum obtained in the manner is collected directly into the container.The container should be clean,wide mounted bottle with a capacity of 30-60 ml and a cap that can be screwed tightly.

The sputum should be sent to laboratory immediately.

The patient ,who is not having spontaneous cough may be made to inhale a heated mixture of a mildly irritative solution that induces cough.

In children,the sputum may be collected by a gastric aspiration tube as they usually swallow the sputum.

The material may also be collected through bronchoscopic apparatus.

Inflammation is defined as the local response of living mammalian tissues to injury due to any agent.

It is a body defense reaction in order to eliminate or limit the spread of injurious agent as well as to remove the consequent necrosed cells and tissues.

Depending upon the defense capacity of the host and duration of response,inflammation can be two types:

-Acute inflammation:It is of short duration and represents the early body reaction and repair usually follows.

Inflammatory response of mucous surface to toxins or irritants.

PATHOGENESIS: Exposure to toxin -> denudation of epithelium -> exudation of plasma on surface  -> coagulation of plasma ->interaction with necrosed epithielium ->formation of false membrane.

-Local defects on surface of organ.

Sequential vascular changes in acute inflammation can be explained under two headings:

Transient vasoconstriction of arterioles for about 3 to 5 seconds in mild form of injuries and upto 5 minutes in severe injury.

Next follows persistent progressive vasodilatation of mainly arterioles and lesser extent venules and capillaries.It results in increased blood volume in microvascular bed which is responsible for redness and warmth at the inflammatory site.

progressive vasodilatation elevates the local hydrostatic pressure resulting in transduation of fluid into the extracellular space.This is responsible for swelling of the inflammatory site.

Slowing or stasis of microcirculation occurs next due to increased RBCs concentration or raised blood viscosity as a result of increased vascular permeabilty.

In and around the the inflamed tissue,there is accumulation of oedema fluid in the interstetial space derived from blood plasma by its escape through the endothelial wall of peripheral vascular bed.

In Initial stage, the escape of fluid is due to vasodilatation and consequent elevation in hydrostatic pressure and subsequently due to increased vascular permeability.

The nature of fluid in initial stage is transudate which subsequently becomes characteristics inflammatory exudate.

17)Define and classify pneumoconiosis.Discuss the pathology and complications of asbestosis.

>Pneumoconiosis also called as duct diseases or occupational lung diseases are the lung diseases caused by inhalation of dust mostly at work. 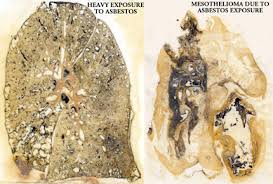 G/A – The affected lungs are small and firm with cartilage like thickening of the pleura.

– The sectioned surface shows variable degree of pulmonary fibrosis,especially in the                       subpleural areas and in the bases of lungs.

M/E – There is nonspecific interstitial fibrosis.

– There is presence of characteristic asbestos bodies in the involved areas.

– Involvement of hilar lymph nodes is not significant.

About the Author: Sagar Tripathy

I AM A PROFESSIONAL SINGER.