In Ad hoc wireless networks, mobile devices can exist in many forms and heterogeneity can affect communication performance and design of communication protocols. The ability of an ad hoc mobile device to act as a server or service provider will depend on the computation, memory, storage capacity, and battery life capacity. The heterogeneity presence implies that some devices are more powerful than others, and some can be servers while other can be clients. Despite the differences in ad hoc mobile devices, they can still be networked together wirelessly.

Sensor networks are a special category of Ad hoc wireless networks that are used to provide a wireless communication infrastructure among the sensors deployed in a specific application domain. Sensors nodes are tiny devices that have the capability of sensing physical parameters, processing the data gathered, and communicating over the network to the monitoring station. A sensor network is a collection of a large number of sensor nodes that are deployed in a particular region. Some of the domains of application for sensor networks are military, health care, home security, and environmental monitoring. The issues that make sensor networks a distinct category of Ad hoc wireless networks are as follows-

1.Mobility of nodes – Mobility of nodes is not a mandatory requirement in sensor networks (Ad hoc wireless networks). For example, the nodes deployed for periodic monitoring of soil properties are not required to be mobile.

2. Density of deployment – The density of nodes in a sensor network (Ad hoc wireless networks) varies with the domain of application. For example, military applications require high availability of the network, making redundancy a high priority.

4. Data/information fusion – Data fusion refers to the aggregation of multiple packets into one before relaying it. Information fusion aims at processing the sensed data at the intermediate node and relaying the outcome to the monitor node.

5. Traffic distribution – The communication traffic pattern varies with the domain of application in sensor networks. The sensor network (Ad hoc wireless networks) generates traffic on detection of certain events, in most cases these events might have time constraints for delivery.

Types of traffic patterns for an ad hoc wireless environment- 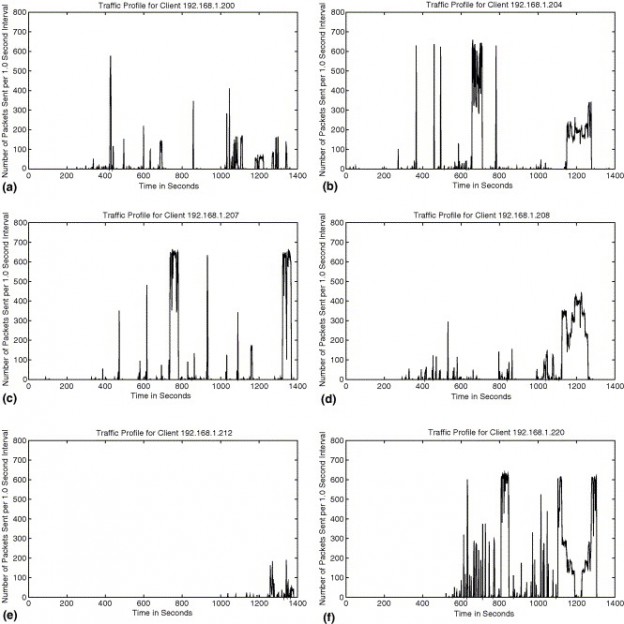 i). Mobile hosts in ad hoc mobile network can communicate with their immediate peers that are single hop away, i.e., peer-to-peer.

ii). If three or more nodes are within range of each other, not necessarily a single hop away from one another, then remote-to-remote mobile node communications exist.

i). Movements by Nodes in a Route:-

An ad hoc route comprises the source (SRC), destination (DEST), and a number of intermediate nodes (INs). Movement by any of these nodes affects the validity of the route. An SRC node has a downstream link and when it moves out of its downstream neighbor’s radio coverage range, the existing route will immediately become invalid. Likewise, when a DEST node moves out of the radio coverage of its upstream neighbor, the route become invalid. Similarly any movement by an IN supporting an existing route may cause the route to be invalid.

In reality, concurrent movements by nodes exist. When multiple route reconfiguration or repair processes are invoked, rules are needed to ensure consistency.

1.Spectrum allocation and purchase- To prevent interference, Ad hoc wireless networks must operate over some form of allowed or specified spectrum range.

2. Media access- In Ad hoc wireless networks, as the same media are shared by multiple mobile ad hoc nodes, so the access to the common channel must be made in a distributed fashion through the presence of a MAC protocol.

5. Energy efficiency- In an Ad hoc wireless networks, forwarding packets on behalf of others consumes more power and this can be quite significant for nodes.

6. TCP performance- TCP is unable to distinguish the presence of mobility and network congestion. Some changes are needed to ensure that the transport protocol performs properly without affecting the end-to-end communication throughput.